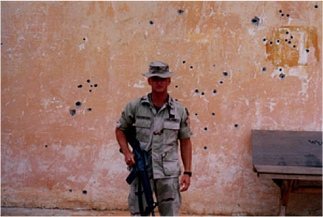 Since I wrote this article last year, I find myself reflecting upon just how much our team has grown, both in size and ability.  We are 50% larger in size and 250% larger in capability.    Our biggest growth has been in our communications, both internally and externally.

For us, I’ve made communication part of our goals and metrics.   As a former soldier, I’ve always realized that communication was one of the keys to victory (or business success).   Whether it’s planning, execution or an after-actions review, communications was always one facet that allowed a group of persons to perform above and beyond their enemy (or competition).

Zach, our Pennsylvania Operations Manager and former Air Force intelligence analyst, started with us as an installer and has moved up to be one of the members of our management team.  I believe one of the reasons he has been so successful is his clear, direct and concise manner of communication.   He tells it to you straight.

While I don’t want the time to pass too quickly, I look forward to next year’s update to once again reflect upon our growth as a company and to see how my soldier experiences interrelate with my business experiences.

This year, we have one more veteran on our team.   Gary, our general manager, was a lieutenant with me during my time in the Army.  He went on to serve in the Army Reserves component as a Public Affairs officer in a specialty unit that was attached to the 82nd Airborne.   Gary has been instrumental in our company growth and success.

Every year, Memorial Day weekend is a time when I reflect back upon my time in the U.S. Army and my military adventures.    While I only spent 4 years in active military service as an Ordnance Officer, I had the opportunity to go around the globe twice, jump out of airplanes, blew some things into many pieces and lots of other fun stuff. 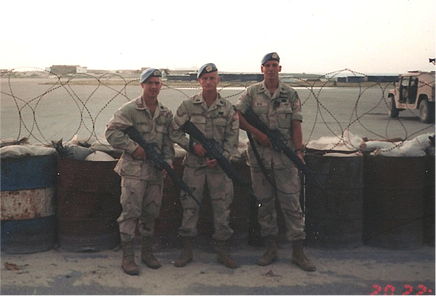 Figure 1 - I'm the one in the middle; Mogadishu airport is behind us

This year, as it draws near, I was thinking about how much my life has changed since that time in the service.  Its been nearly 20 years since I was deployed to Mogadishu, Somalia as a part of Operation Continue Hope.

As a young platoon leader at that time, I never gave much though much about concrete, the very item in which our epoxy coatings installers work upon each week.    But, looking at that deployment now, I realize how often I interacted with it each day.

On day one, we arrived in an Air Force C-135 transport (the aircraft normally setup as a KC-135 Stratotanker refueling plane).   Landing on a concrete runway, we had to run off the aircraft as fast as possible so that it could get off the ground before any mortar fire rained down on it.

For several months at Sword Base (and later at the United Nations compound), I lived in concrete buildings left over from reported Soviet activities in the 1980s.   Those hardened structures served us well, protecting us from small arms, rocket propelled grenades and small mortars.

For the last part of my deployment, we lived in a tent city where each tent was surrounded by sand bags.   Luckily, we did have concrete walls around much of the compound.  But, it was not near as much comfort, as living in a hardened structure made of concrete.

There were a lot of nights I looked up at an African sky full of stars and thought about all sorts of things:  my wife, my family and friends, going home.     Honestly, I know I did not once think specifically about concrete.     Of course at the time, I could not have imagined I would someday be an owner of a concrete coatings company which applied epoxy coatings to millions of square feet of concrete flooring.

While our company contains several military veterans, we now all use our abilities and knowledge to protect the concrete from attack, something it did for all of us at one point or another.     Some of us specialize in repair.  Others specialize in high protection coatings for residential, commercial and industrial use.

On behalf of Stronghold Floors staff and families, I want to take this opportunity to thank all who served in the past and serve today.    Ours is a great nation that is served and protected by the finest military in the world.

Please feel free to add your thoughts and contemplations below on this Memorial Day weekend.