This past weekend, I was out in Pittsburgh to see the Steelers play the Dolphins.   Holy Cow, was it cold!   There sure are a lot of people willing to brave frigid temperatures and snow to support their beloved Iron Curtain.   Unfortunately the Steelers lost in a pretty close game. 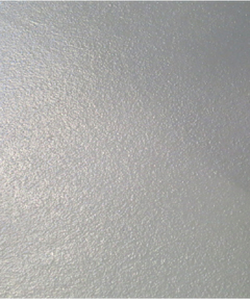 When we were walking into the stadium, one member of our group asked me why they had coated all the concrete in the Heinz Field stadium.   It got me thinking that most persons generally think of concrete coatings as a decorative finish, not necessarily much about their protective properties.

Why Protect Concrete with Coatings

Let me point out some of the things that would happen to the concrete decking and stadium floors at Heinz Field if not protected by polymer coatings:

So, while aesthetics often play a role in coatings selection, the protective capabilities of the concrete coatings may be paramount in commercial installations.

I often talk (write) about how concrete coatings encompass more than just epoxies and can have a lot of different properties.   While I don’t know what chemical system was installed at Heinz Field, I can make some guesses about what was important when the coatings were selected: 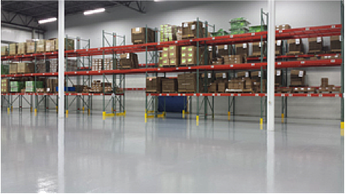 The coatings that were present at Heinz Field could have been epoxies, urethanes or polyureas.    There is a good chance that the system was made up of a combination of those technologies.

Of course, the follow-up question asked by members of our football party was “Why haven’t you done stadium coatings yet?”     Maybe someday, but I’m not sure Stronghold Floors is ready for that yet!

Mike Mincemoyer is the President of Stronghold Floors and one member of the ownership team.   Mike has been actively involved since the beginning in 2004.   While only an avid football fan, he makes sure to irritate Gary Utter (General Manager and vehement Ravens fan) whenever possible.

While Stronghold Floors has not coated a stadium’s concrete decking or floors, the company has coated warehouses, production floors, service bays, animal hospitals, kennels, dairies, kitchens and much more.