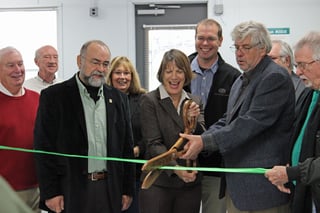 When we arrived, we had some time to speak with the museum’s President of the Board, Bruce Russell.   He gave us the quick tour.  Located in the basement of the museum, it shares some of the total space with a boat building shop. He then introduced us to several other board members, one of which is a garage floor coatings customer from back in 2013.  She had referred the museum’s staff to Dave, our Maryland Sales Manager. 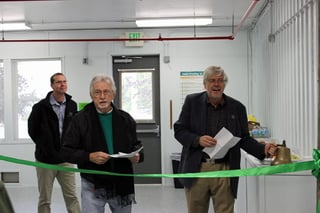 The actual ribbon cutting ceremony was well attended.  Bruce brought the ceremony to order by ringing a VERY heavy deck bell, which got everyone’s attention.   The prior museum President of the Board and former mayor of Havre de Grace, Phil Barker, kicked things off by thanking the volunteers, board member and other parties who had contributed to the creation, funding and outfitting of this new environmental center.   Mayor William Martin also spoke and was followed by one of Maryland’s members of the General Assembly, Senator Wayne Norman.  The senator presented an Official Citation to Bruce congratulating the facility on its accomplishments.

After the ceremonies, we toured the main museum and the surrounding grounds.   The upstairs is the main museum which features permanent displays about early Chesapeake Bay settlers, working on the bay, ice harvesting in the late 19th century, the modern Coast Guard and the depopulation of the local waterfowl.  Additional items discuss water navigation, shipbuilding and marine life saving equipment.   On the way out, we perused the wide variety of items at the What Knots Museum Shoppe. 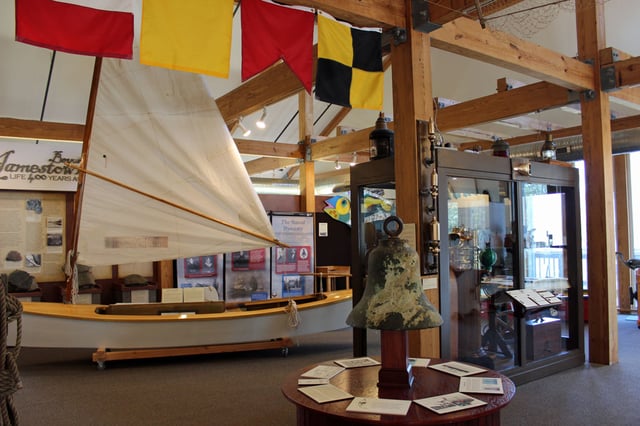 It’s a convenient l location, adjacent to a historic, Concord Point Lighthouse and the Havre de Grace Decoy Museum.   If we had the time, we could have easily spent an entire day roaming around without ever moving our vehicle.  As it was, we enjoyed great local cuisine at one of the town’s historic taverns. 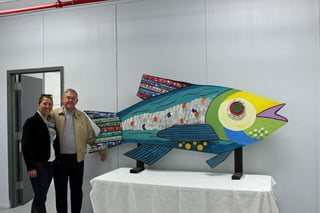 Professionally, I always enjoy getting to see the work our staff has completed and how others respond to that work.  Personally, I couldn’t pass up a chance to visit Havre de Grace.  In 1992, I had attended my Army Officer’s Basic Course at neighboring Aberdeen Proving Grounds.  Over 20 years had passed since my last visit and it was high time I corrected that.

Oh, yeah, I almost forgot to mention that we had installed one of our ¼” decorative chip coatings (comprised of epoxy and polyaspartic urethane) in the Environmental Center.  The project took only 2 days with 3 of our installers completing the work.  The coatings dried quickly and the staff was back on the floors only 24 hours later. 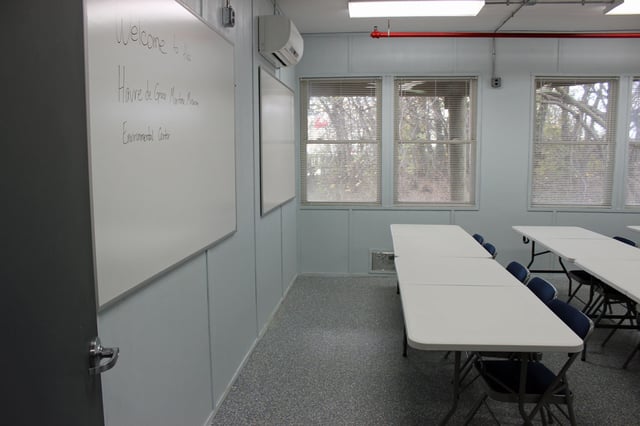 Thanks to the entire board and staff of the museum for inviting us to this event and for selecting Stronghold Floors to be a part of this great project. 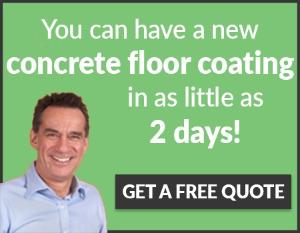