Garage Coatings on the Fringes 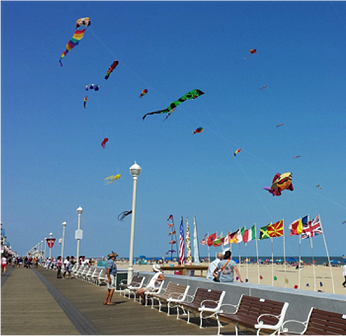 Recently, Kim and I were down in Ocean City, Maryland with four other family members.   My brother-in-law was remarking that we should do garage coatings there in the Delmarva area.   His comments and the ensuing discussion reminded me that even our own family members do not realize how large a geography we cover for residential and commercial coatings.

Since our service area is so large, I thought I’d expand on our geography and some of the fringe areas where do already have quite a few coatings.

Tripping over to the Eastern Shore Beach Areas

For Maryland’s ocean coastline, we have customers dotted throughout Ocean City, Ocean Pines and Fenwick Island.

My brother-in-law was curious if the coatings were different for the Eastern Shore due to the salty air.   I explained that the salt has no impact other than to perhaps require a little more frequent cleaning to keep the salty film from making the garage floor look streaky.   Really, it’s the same circumstance our customers encounter in the heavier winter areas such as State College, Pennsylvania.

Take a little trip along the Chesapeake Bay Areas 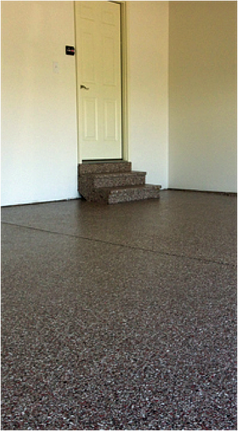 I’m sure I’m missing some here, as our premier garage coatings are wrapped around the shores of the Chesapeake Bay.

In Pennsylvania, our service area continues to grow in the Allentown areas of Bethlehem, Easton and Nazareth. Some jobs have come even farther out in areas of Stroudsburg, Mountain Top and Wilkes-Barre.

Across the Turnpike to south eastern Pennsylvania

In the Philadelphia area, we continue to install a lot of garage floors in Chester and Delaware counties, with more showing up in Montgomery County as well.   All along the Main Line, we know it’s growing as the competition pops up at every turn.   I guess when they see Stronghold Floors in action; they want to give it a try too.   We’ll take that as a compliment.

Up to north central Pennsylvania

Heading north up State Route 15, our garage coatings grace homes in many smaller towns.   Lewisburg, Selinsgrove and Sunbury are just a few of the larger towns.   We also have coatings in Danville, Milton, Elysburg, Northumberland and Mifflinburg.

In the past couple years, we have completed several projects for a beer distributor located in Paxinos (near Elysburg) and for a new office building in Kulpmont.

Over to the State College Area

Somehow, the residents of this area still seem amazed when we service it from the Harrisburg area, even though it’s only about 80 minutes from our warehouse.   In State College proper, we have been featured in several Parades of Homes with our garage coatings and have attended the Spring Home Show numerous times (not in recent years due to schedule conflicts with the larger PA Home Show). 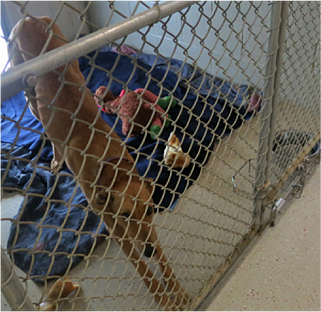 At last count, we have nearly 100 customers in State College, Boalsburg, Bellefonte, Lemont, Port Matilda, Stormstown and Lewistown.   While most customers have our garage floor coatings, we also have completed basement coatings for several returning customers.

Commercially, we have coated offices, kennels (Nittany Greyhounds) and service garages.  Along State Route 322 West, we have also completed work in Thompsontown for car dealerships and high performance engine shops.

We know things are hot here, as new competitors continue to pop up. Some are just individuals trying their hands in garage floor coatings.   Others are national franchises; one in particular will sound familiar as they have our old franchise name, but don’t have our decade of coatings experience.

We continue to grow!

Where next?   Well, I can share that we continue to grow in the western Philadelphia market and Northern Virginia.    Our teams continue to grow and we are testing out a wide range of new coatings offerings. With all that’s happening, it’s hard to imagine where we might be next.

With nearly 5,000 customers, Stronghold Floors has completed projects all over Pennsylvania and Maryland.  Our Virginia service area continues to grow as well.   Don’t be surprised when we show up in your neighborhood.