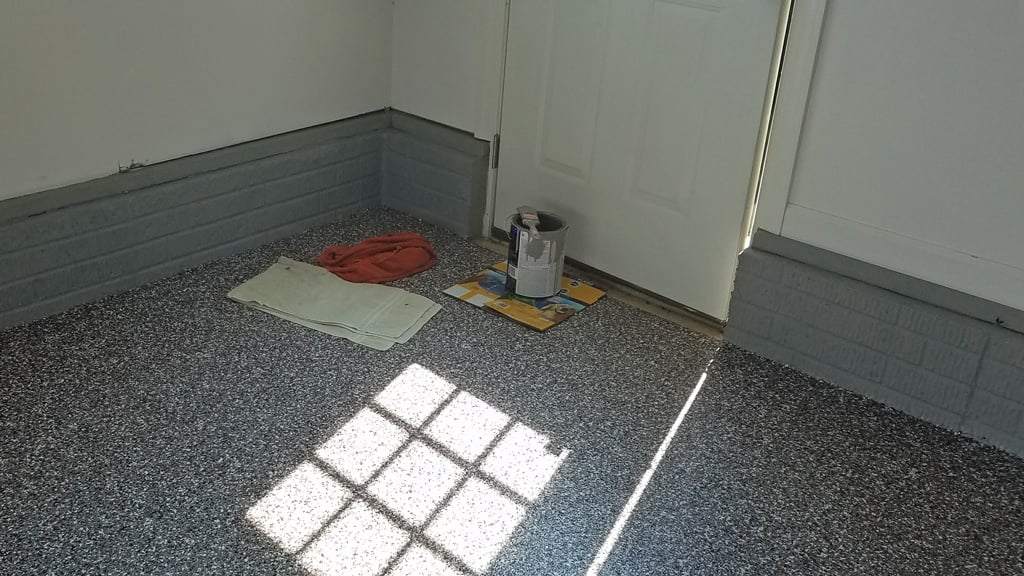 Just recently I was out with one of our Harrisburg based coatings crews.  We had multiple garage floor coatings to complete in the same neighborhood.  The two homes were directly across the street from one another, making it easy to finish the first garage floors epoxy & polyaspartic, decorative chip systems and then start the second garage.  I was there when they were completing the 2nd garage’s epoxy coatings. 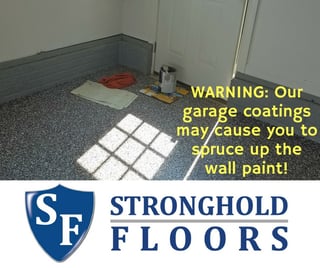 Of the two jobs, the larger garage had one of our newer chip blends and I was admiring it while speaking with the homeowner.  This job had been completed the day prior.  I saw he was doing some painting of the concrete stem walls that surrounded the garage.  Their stem wall were not only taller than normal (typically only a few inches tall), but were also heavily textured.   As such, they would not have looked good coated with the same system as the garage floor. 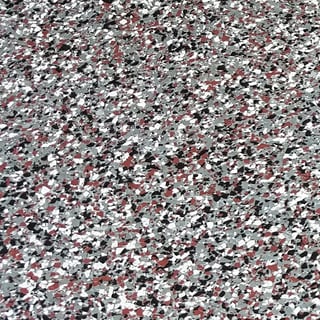 When to Paint once the Garage Floor Coatings are installed?

The homeowner went on to explain that during his prior meetings with our salesperson (Steve), he had inquired about when was best to do any painting in the garage.   He was unsure of whether before or after the coatings installation would be easiest.  Steve had explained that wall and ceiling painting could be done either before or after with the following caveats:

I had arrived as he was completing the painting of the stem walls.  He had about 75% of it complete.  The painted stem walls really complemented the coatings.

While the homeowner had used a drop clothe while painting, he still had a few minor drips that had dried.  I showed him how easily the came right off.   In the past, we’ve had many homeowners call with questions about dried on paints, road tar and rust stains.  In these articles, we detail how to handle these situations:

Plus I had wrote a 2014 blog post called Garage Floor Clean-Up: Confessions of a Lazy Homeowner that is about my own personal laziness when it comes to maintaining my own garage floor coatings (completed back in 2004).

Mike Mincemoyer is the President of Stronghold Floors. His team has completed over 6,000 garage floor coatings since 2004.