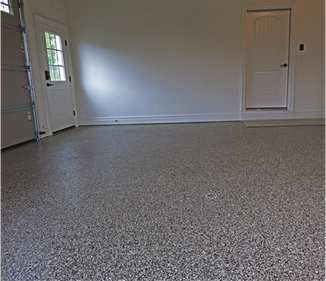 While garage floors in Harrisburg do not see the punishment of somewhere like State College, they do take a beating from road salts and winter crud.   That’s probably why we have installed so many garage coatings in Harrisburg for homeowners & home builders.

When we began as the PremierGarage of Central PA franchise in 2004, our first customers lived in Harrisburg, Pennsylvania. The couple wanted to give their 15 year old, garage floor a facelift.  Being in construction for over 40 years, they knew the dangers of the epoxy paint kits.  Fresh from training, this first floor coating project was the ideal start for our new crew.   So off we went, installing a decorative chip floor coating in their 3 car garage.

Fast forward to 2014 and our staff has installed hundreds of garage floor coatings in the city of Harrisburg and the surrounding towns of Linglestown and Dauphin.  The greatest concentration of these garage coatings are in communities like Forest Hills, Autumn Oaks, Tuscan Villas and Mountain Dale. While most garages we coat are larger two car or three car garages, there are still many garages we coat that are less than 400 square feet.    In the heart of Harrisburg, we have coated garages floors as small as 250 square feet in newly constructed townhouses. 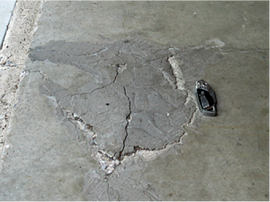 Many Harrisburg garage floors are in decent shape when we begin our preparation process and require little repair work.  But, some of the most heavily damaged concrete floors we have dealt with are in the Colonial Park area.  These homes, built in the 1960s, featured suspended-deck garage floors, where the basement continued under the garage (not just the main rooms of the home).   Due to insufficient support and decking, these garage floors vibrated excessively when vehicles came and went, resulting in floors that had tremendous cracking and spalling.   While the homeowners took steps to mitigate the excess movement & vibration, they were still stuck with a floor that allowed all fluids to fall through the garage floor into the basement. Besides water damage, many of these homes suffered from rust and mold issues in the areas of the basement located under the garage.

To date, we have assisted a handful of these owners with systems modified for their specific circumstance. Each garage has required 1 or 2 days of just surface restoration, followed by extra coatings that often involved a flexible epoxy membrane.   Once enough work and base primer was applied, we would complete the project with our normal decorative chip systems.

Want to see some examples:

If you have walked through Harrisburg homes entered in the Pennsylvania Parade of Homes in the past 9 years, you have probably seen our coatings.

There was a hiatus in Harrisburg, as many of our builder partners were now building on the West Shore in areas like Enola and Mechanicsburg. 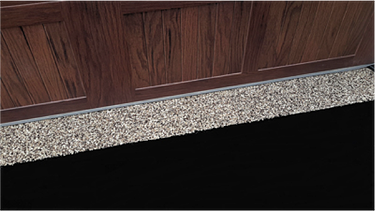 Not surprising, four of the fore-mentioned home builders purchased our epoxy coatings for their own home’s garage floor.

Many other builders have used our services in the Harrisburg area as well.  One home builder called in a panic when someone walked through their freshly poured garage and left footprints in the green concrete.   We got them all fixed up and now the homeowner enjoys a warrantied, commercial grade garage coating.

Even More Epoxy Coatings in Harrisburg

Wrapping up, I wanted to mention our epoxy and other polymer coatings are also installed in dozens of Harrisburg basements and businesses.  After the flooding in 2011, we were busy helping businesses along the Susquehanna River with retrofitting their showrooms, storage areas and production floors.   We saw a 700% increase in basement coatings and that continues to this day.

If you are in Harrisburg (or anywhere in our service area), give us a call and we will try to help you capitalize on your home investment.